jgeiling@unionsettlement.org, 212-828-6000
Jennifer joined Union Settlement in April 2022.Jennifer has focused her career on empowering underrepresented communities and supporting nonprofit organizations that serve New York City’s most vulnerable residents. In her previous role as Deputy Director at the Mayor’s Office of Contract Services, Jennifer partnered with the City’s nonprofit community and minority and women-owned business enterprises to develop systemic changes that cultivate diversity and inclusion and fuel growth and sustainability. She also served as the founding Executive Director of the Mayor’s Nonprofit Resiliency Committee and has guided the City’s nonprofits during the COVID-19 pandemic. While Jennifer began her career as a corporate lawyer, she entered social services twenty years ago as the Founder and Executive Director of Hankering For More, a nonprofit organization established to create greater equity and access for adults with developmental disabilities. Luz Carty
Director of Senior Services
lcarty@unionsettlement.org (212) 828-6096
Luz joined Union Settlement in February 2020. With almost a decade of work with NYC seniors, Luz is excited to bring her knowledge and experience back to Union Settlement as Director of Senior Services.  After working at Union Settlement from 2012-2017 in various capacities, including Senior Services Coordinator, Senior Center Manager and Assistant Deputy Director, Luz joined the NYC Department for the Aging. From 2017-2020 she worked as a Program Officer, getting a handle on the issues and solutions that go into the business of running large groupings of senior centers.  Luz holds a Bachelors in Business Administration from SUNY Albany and a Masters of Social Work from Hunter College. Director of Adult Education
hcortes@unionsettlement.org (212) 828-6298
Hilda joined Union Settlement in May 2018 after most recently serving as the Program Coordinator of Adult Literacy Education at Catholic Charities Neighborhood Services in Brooklyn, and previously held educational and job development positions at the Hudson County Schools of Technology. Ms. Cortés holds a Bachelor degree in Spanish from SUNY-Buffalo, and a Master’s Degree in Education from the College of Mount St. Vincent. eestades@unionsettlement.org (212)-828- 6031
Erika joined Union Settlement in December 2021 as Chief Operating Officer. Erika most recently served as the Chief Operating Officer for the East Harlem Council for Human Services, which operates the Boriken Neighborhood Health Center, as well as school health programs, a Head Start program, a WIC program, and a senior nutrition program. She is an East Harlem resident and holds a Bachelor’s degree from Middlebury College, a Master’s in Nonprofit Management and Urban Policy from the New School, and a J.D. degree from Rutgers University. 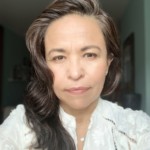 npiros@unionsettlement.org
Nina joined Union Settlement in October 2022. For over two decades, Nina has dedicated her career to designing, managing, and implementing high quality early childhood education, parenting, and mental health services for families, children, and youth. She served as the Associate Executive Director for the Early Childhood Division at University Settlement where she managed a comprehensive portfolio of birth-to-five programs. She worked for the NYC Department of Education as a school psychologist serving middle and high school students. In 2018, she joined the Division of Early Childhood Education where she led the planning, design, and implementation of a coordinated approach for curricula, professional development, and oversight of home-based early care and education services. She is excited to bring her knowledge and expertise to Union Settlement to serve families, children and youth in East Harlem. Esther joined Union Settlement in April 2021. She is a passionate and experienced youth service leader withover 12 years of experience. She excels in leading operational strategies, managing a portfolio of programs,team coaching, and contract compliance while improving the experiences of children and families served. Before joining Union Settlement, she was Senior Program Director at Roads to Success in East Harlem. Earlier in her career, she worked in youth services for organizations such as Harlem Children’s Zone,Goodwill Industries, The YMCA of Greater New York, and two nonprofit organizations in Tokyo, Japan; Refugees International Japan,and at Hands on Tokyo. She holds a M.A. in Urban Policy and Administration from Brooklyn College. She is also a 2020 participant of the High Performing Managers Initiative Cohort, a program for emerging high-potential leaders at nonprofit organizations and government agencies, which prepares local leaders for nonprofit leadership roles. Director of Community Outreach
yabreu@unionsettlement.org (646)-712-5183
Ysabel joined Union Settlement March 2022 as Director of Community Outreach. She most recently served as the Manhattan Borough President’s Community Liaison to Community Boards in East Harlem, Central Harlem, and the Upper East Side. Prior to that, she was Community Outreach Coordinator for the Northern Manhattan Improvement Corporation, a Settlement House in Washington Heights and the Bronx. Ysabel has a Master’s in Education from Alfred University and a Bachelor Degree in English and Elementary Education from City College. Ysabel is a long time resident of East Harlem, whose mother participated in Union Settlement’s Adult Education Program and son attended our Early Childhood Education Program at Washington Houses.  Ysabel is a strong supporter of Union Settlement through her work with the Borough President, and has already contributed to Union Settlement’s ongoing success. Chief Human Resources Officer
operez@unionsettlement.org (212) 828-6045
Born and raised in Harlem, Oneida joined Union Settlement in August 2018 after most recently serving as the Director of Human Resources at Queens Community House. Her career portfolio includes the Boys’ Club, the YMCA of Greater New York, Building Educated Leaders for Life, and various NYC Universities where she has worked to build communities, strengthen human connections, and support employees with processes and tools to empower them to do their best work. Oneida holds an M.A. in Organizational Management from University of Phoenix, and is a Senior Certified Professional by the Society for Human Resources Management. Director of Early Childhood Education
dramos@unionsettlement.org (929) 410-0419
Denise joined Union Settlement in June 2020. She comes with over 25 years of early childhood experience in both for profit and nonprofit organizations. She started her career as a teacher in a Head Start program and worked her way up to an Education Director. Most currently she served as the Family Child Care Network Director for Union Settlement. Denise holds a dual Masters Degree in Early childhood and Special Education from Touro College and holds her professional certification from birth to grade 2. lvarghese@unionsettlement.org (212) 828-6037
Lijo Chirayil Varghese was born and raised in southern India. There he earned a Master of Finance from Bharathiar University, where he was named Salutatorian. He went on to complete his Post-Graduate Diploma in Computer Application (PGDCA). Lijo continued his education in Australia at La Trobe University in Melbourne, where he earned his Masters of Accounting and Financial Management. Lijo came to the US in 2011. He began his career in Accounting at BronxWorks, where he worked for 8 years. Lijo started as an Accountant, and eventually became the Director of Grants and Contracts. In March 2020, he joined Union Settlement as the Director of Finance. He believes strongly in Union Settlement’s mission of helping people, and is proud to be a part of a great team that strives to better the social and economic lives of many. Lijo has two kids with his wife, an NYC public school teacher. swoodland@unionsettlement.org (212) 828-6254
Stacie joined Union Settlement in December 2017 as a Clinical Supervisor in the Mental Health Clinic.  She took on the position of Director of Mental Health Services in December of 2018. Stacie comes to Union Settlement with almost two decades of experience working in areas around mental health, homelessness, HIV and adolescent issues. She has expertise in trauma informed care. As an adjunct professor of psychology at Touro College since 2004, she created the curriculum and has taught advanced seminars on both Trauma and Eating Disorders. An avid animal lover, Stacie volunteers at a local animal shelter. She is also a Certified Grief Counselor and one of the few Certified Counselors in NYC for Pet Loss Grief Counseling (PGRS-C, Pet Loss and Grief Recovery Specialist).